Charged With a Traffic Offense in Virginia? Our Experienced Norfolk-Based Criminal Defense Attorneys Will Be Your Zealous Advocates

If you are pulled over by the police and issued a traffic ticket in Virginia, you may be tempted to pay the ticket and go on with your life. However, by taking this approach, you would be pleading guilty to the offense. Traffic violations come with severe consequences in Virginia that can include a misdemeanor or felony conviction, jail time, and fines. In 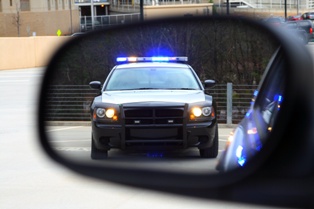 addition, you could face demerit points on your driving record, higher vehicle insurance rates, and a permanent criminal record that limits your ability to obtain a job, loan, professional license, and more.

At Tavss Fletcher, our experienced traffic law attorneys work hard to prevent the serious ramifications a traffic ticket can have on a client’s life. We are committed to aggressively raising all defenses to traffic tickets to reach the most favorable outcome possible so that our clients can move on with their lives. If you have been charged with a traffic law offense, you do not have to go it alone. Call our office to schedule a free consultation to get your questions answered and learn how we can help you.

Many traffic violations are misdemeanor offenses in Virginia, and you should not treat getting one of these tickets lightly. Besides demerit points, escalating insurance costs, and a driving record, you may be facing a suspension of your driver’s license, hefty fines, a jail sentence, and a permanent criminal record. Traffic violations that are misdemeanors include:

Have you been charged with a traffic violation? The experienced legal team at Tavss Fletcher can help investigate the charges you face, raise any possible defenses, and fight to get the ticket dismissed or reduced to the least serious infraction. Call our office today to schedule your free, no-obligation consultation to learn what you can expect in your criminal proceeding.