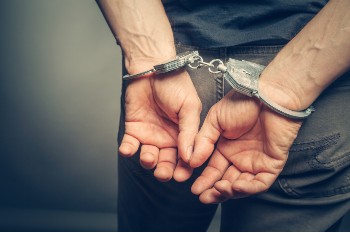 You would face harsh consequences if convicted of DUI in Virginia. However, you may be able to fight the charges you face with the help of an experienced traffic law attorney. One way they may be able to get the charges dismissed or reduced to a less serious offense is through the use of pre-trial motions in your criminal case.

What Is a Pre-Trial Motion?

A pre-trial motion is a document filed in a DUI case that asks the judge to make a ruling or take a specific action, such as dismissing the case or suppressing evidence. They can be filed by the prosecutor and the lawyer representing the individual being charged with DUI. In most cases, the judge would schedule a hearing and allow the prosecutor and attorney for the defendant to argue the motion before making a decision on it.

What Types of Pre-Trial Motions Are Helpful in DUI Cases?

A motion to suppress evidence asks the judge to exclude specific evidence being used against you. If the motion is granted, the prosecutor’s case against you could be significantly weakened, and they may not be able to prove your guilt beyond a reasonable doubt. Grounds to file this motion include:

In a DUI case, the prosecutor and your lawyer are supposed to voluntarily exchange evidence and witness information being used in your case. If the prosecutor fails to provide evidence being used against you, such as blood test results, witness statements, or your arrest report, your attorney may need to file a discovery motion to compel them to provide you with this information.

Your attorney may want to send the blood or urine test results being used against you to be tested by an independent lab to determine if the accuracy of the test results can be challenged. They would need to file a motion to split the sample to have it independently tested.

If crucial evidence being used by the prosecutor is suppressed, such as the results of a chemical test, the prosecutor may no longer have grounds to charge you with DUI. In this situation, your lawyer could file a motion to dismiss the case against you.

Have you been arrested for DUI in the Virginia Beach or Norfolk areas? Fill out our online form or call our Norfolk office at 757.625.1214 to schedule a free consultation to learn how our skilled traffic ticket lawyers will aggressively fight the charges you face.