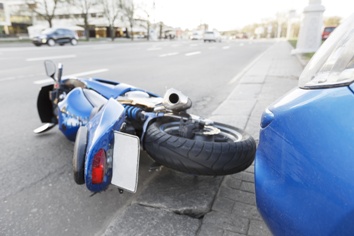 Because of the fast pace of most people’s lives, they can engage in unsafe driving practices due to stress and the rush to get to their destination. One very dangerous practice some drivers engage in is aggressive driving. The risks of a catastrophic crash are even greater if the victim is a motorcyclist who is less visible and who only has his helmet and clothes to protect him.

According to the National Highway Traffic Safety Administration (NHTSA), aggressive driving occurs when an individual engages in a number of moving traffic violations that endanger other people and property. Driving practices that constitute aggressive driving include:

Another danger of aggressive driving is that it will escalate into road rage where a motorist engages in criminal behaviors, such as purposely causing a motorcycle accident or threatening a motorcycle rider with a weapon.

Did an aggressive driver cause your motorcycle accident? Call our Norfolk office to schedule a free consultation with our skilled and dedicated motorcycle accident lawyers to learn about your right to compensation for your injuries.