When Are You Entitled to Punitive Damages in an Auto Collision in Virginia? 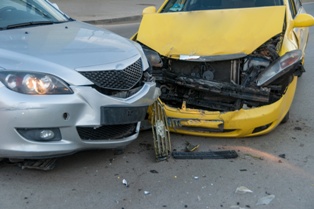 In Virginia, a car accident victim is entitled to be fully compensated for his medical bills, lost wages, and pain and suffering for injuries he suffered in a crash caused by a negligent driver. If the driver’s actions were especially egregious, punitive damages may also be awarded. It is important to understand when this is possible so you know whether you should ask for these damages when negotiating your car accident settlement.

What Are Punitive Damages?

This type of damages is not designed to compensate an individual hurt in a car wreck. Punitive damages, which are also referred to as exemplary damages, serve two major purposes:

Courts only allow the award of punitive damages in limited cases. Under Virginia law, drunk driving may be considered sufficiently willful or wanton conduct to justify punitive damages if these conditions can be established:

A driver’s actions can still be found to be sufficiently willful or wanton based on other evidence if he refused to take a blood alcohol test. Even if the grounds for punitive damages are proven, the judge’s or jury decide whether to award them.

Punitive damages can also be awarded in other auto crash cases if it can be shown that the driver acted maliciously or so willfully and wantonly as to show a complete disregard of the rights of others. This is what would need to be shown:

Is There a Cap on Punitive Damages?

In Virginia, there is a cap on the amount of punitive damages that a victim can obtain. The maximum is $350,000, and the amount must be in relation to the compensatory damages he received.

You need an experienced car accident attorney to evaluate whether you are entitled to punitive damages and to aggressively fight for all the compensation that you deserve. To learn how we can assist you, call our Norfolk office to schedule your free consultation today.