Can You Also Hold a Co-Driver Responsible for Compensating You in a Truck Accident? 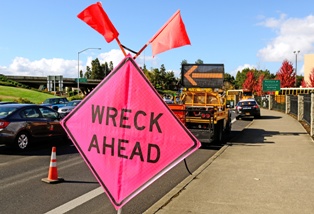 Many trucking companies utilize more than one driver in their commercial trucking business to allow one trucker to drive while the other one rests. A trucking company may do this for a number of reasons, such as ensuring that the load is delivered quickly or to comply with the federal hours of service regulations regarding how long a trucker can drive without taking a break. Did the trucker who caused your truck accident have a co-driver? If so, this co-driver could be partially responsible for compensating you for your injuries—even if he was not behind the wheel.

When Can a Co-Driver Be Considered Negligent in Causing a Truck Crash?

Was there a co-driver in the big-rig truck that struck your vehicle? Our experienced truck accident attorneys can help you determine if he faces liability as well as the trucker and trucking company. To discuss the specifics of your truck accident and your legal options, call our office today to schedule your free consultation.