Who Is Liable for Compensating You in an Uber or Lyft Car Crash? 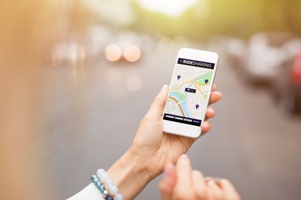 More and more people are opting to use Uber, Lyft, or other ridesharing services to get around town and while on vacation. These services allow riders to arrange their ride through the use of an app on their cellphones. While they can be a cheaper means of transportation than taxis—which is one reason they have become popular—people who use them may not understand the complexities of these services. The drivers are not driving a company car. They are independent contractors who drive their own vehicles. This makes determining who is liable for compensating the victim of an accident caused by an Uber or Lyft driver more complicated.

If you were hurt in a rideshare wreck, an experienced car accident attorney can help you determine who is liable for compensating you. Fill out our online form to schedule your consultation to learn how Tavss Fletcher can help you.