What You Need to Know about Reckless Driving

Reckless driving is the term that refers to some drivers who display careless behaviors on our roadways. Usually, it includes intentionally or 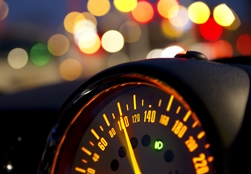 unintentionally disregarding the safety of other drivers. Too often, reckless driving results in serious property damage, life-threatening or fatal injury, and emotional trauma. Here are a few important things you should know about reckless driving.

The National Highway Traffic Safety Administration reports that 32,675 died on US roadways in 2014. Many of these deaths could have been prevented, and reckless driving fatalities can, too. The following are a few common examples of reckless driving:

If you notice a motorist displaying any of these behaviors, avoid them as much as you can, even if you have to pull off the road.

We Can Help You

Reckless driving can lead to serious injury or death, and if you’ve been involved in an accident or lost a loved one because of a reckless driver, you probably have many questions. The experienced legal team at Tavss Fletcher is here for you. To get started on your case today, contact us by starting an online live chat.