Street Racing Increases the Risk of a Catastrophic Auto Crash 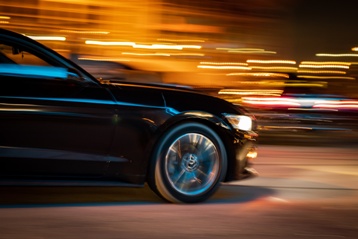 Street racing is an incredibly dangerous driving practice. It is also a serious reckless driving offense in Virginia. If you suffered injuries in an accident caused by a driver who was racing, you may be entitled to compensation for your medical bills, lost wages, pain and suffering, and punitive damages.

What Is Drag Racing?

In the commonwealth of Virginia, drag racing is defined as a person involved in a race between two or more motor vehicles on certain properties, like a road, highway, driveway, or business property open to the public. The race must have a defined start and end date.

Drag racing can be a misdemeanor or felony offense. It is charged as a Class 6 felony if someone is injured or killed in a collision because of the drag racing. If convicted, the negligent driver could face a prison sentence of up to five years and a fine of up to $2,500.

Who Is at Risk of Being Injured in a Drag Race?

People who engage in illegal street races put many individuals in danger of suffering serious injuries or death in an accident. Because drivers who are racing are driving at an excessive speed, they can easily lose control of their vehicles and cause a devasting wreck. Sometimes these races can lead to a multi-vehicle pile-up. Victims of these accidents include:

Injuries Caused in Drag Races Can Be Long-Term or Fatal

Because the vehicles involved in a drag race are going at such a fast speed, the force of impact on victims’ bodies will be much greater, making it much more likely that they will suffer catastrophic injuries or death. Common injuries that people suffer include:

Let Us Fight for the Justice You Deserve

Were you or a family member injured in a car accident caused by senseless street racing? The value of your claim may be greater because of the seriousness of your injuries. Unfortunately, you may have to fight harder and longer with the driver’s insurance company for the compensation you deserve.

Our compassionate and knowledgeable lawyers are here to fight so that you receive all that you are entitled to in your settlement. Call our Norfolk office to schedule your free consultation today.