DUI Involuntary Manslaughter Is a Serious Felony Offense in Virginia 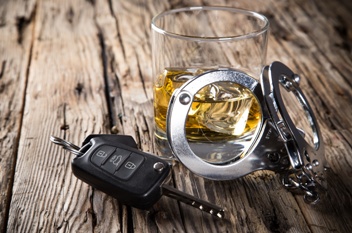 Being charged with DUI in Virginia is a serious crime that is punished harshly, even if it is your first offense. If you cause an accident that results in someone’s death, you could be charged with an even more serious crime—DUI involuntary manslaughter—which is a felony that could result in a lengthy prison sentence.

What Is DUI Involuntary Manslaughter?

Under Virginia Code § 18.2-36.1, a person can be charged with DUI involuntary manslaughter for driving while intoxicated and causing the death of another person. The prosecutor must prove these elements of the crime:

The Commonwealth can establish that an individual was under the influence of drugs or alcohol through the use of blood or breath tests. Under the statute, the prosecutor can also prove the person was intoxicated without a blood or breath test result if the impairment is observable in his manner, disposition, muscular movements, general appearance, or behaviors. Evidence that can be used to prove this include:

To prove that a driver unintentionally caused the death of another individual, more must be shown than that he was intoxicated. His intoxication must have caused the victim’s death.

DUI involuntary manslaughter is a Class 5 felony and can be charged in addition to DUI. If convicted, you could face these penalties:

Have you been charged with DUI or DUI involuntary manslaughter in Virginia? You may have strong defenses to the charges you face, even if you think you are guilty. Our knowledgeable DUI lawyers are here to mount a strong defense for you so that the charges are dismissed or reduced to a less serious offense. Find out more about your options by filling out our convenient online form to schedule a free consultation today.