Why Driving Under the Influence of Drugs Is So Dangerous

Drugged driving is an increasingly serious problem in our country, in part due to the legalization of medical and recreational marijuana in many states. In 2018, 12.6 million drivers 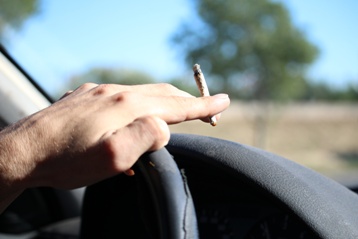 16 years old or older drove under the influence of illegal drugs.

Motorists who drive when high on drugs are much more likely to cause serious injuries or death in a car accident. They can face criminal charges and civil liability to compensate the victims of a drugged driving collision. If you or a family member were injured in a crash caused by a drugged driver, the skilled car accident lawyers at Tavss Fletcher are here to obtain justice and a fair settlement for you.

How Drugs Can Impair Driving Abilities

Driving under the influence of drugs is as dangerous as drunk driving and impairs a driver’s abilities in similar ways. However, it is not only unsafe to drive after consuming illicit drugs, like marijuana, cocaine, or LSD, but also after consuming some prescription or over-the-counter drugs. Ways that drug use affects driving include:

Common Drugs That Impact on the Ability to Drive

There are many drugs that can impair the ability to drive safely. Common drugs that have been consumed in drugged driving accidents include:

Were you injured in a drugged driving accident? Our experienced car accident attorneys can collect the evidence you need to prove that the at-fault driver was impaired due to illegal or legal drug use and will fight for all the compensation you deserve in your settlement. Call our Norfolk office to schedule your free consultation to start learning about your options.