What are the potential penalties for driving under the influence with a child in the car?

Any conviction for DUI in Virginia comes with harsh penalties, such as a jail sentence and hefty fines, and long-term consequences of having a permanent criminal record. However, you could face additional charges and more severe punishments if you had a child in your vehicle when you were arrested for DUI.

What Charges Could You Face If You Are Arrested for DUI With a Child in Your Car?

If you are caught driving while intoxicated with a minor child who is 17 years old or younger in your vehicle, you could face aggravated charges. You may also be charged with DUI child endangerment. It is considered child endangerment to put a minor child in danger of being injured or killed due to a parent or other adult’s willful act or omission or refusal to 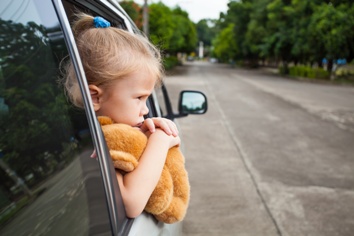 Like many other states, the Commonwealth of Virginia considers it a form of child endangerment to drive a vehicle with a blood alcohol content (BAC) of 0.08 percent or higher with a child in the car. The risk that a child will be seriously injured or killed in a car accident increases significantly if the driver was drunk. In addition, it is less likely that the child will be wearing his seat belt.

You could be charged with additional crimes if the child was injured or died. You also risk losing your right to custody and visitation if the child in your vehicle was yours

Were you charged with DUI or DUI child endangerment? You could have strong defenses to the charges you face—even if you believe you were guilty. Let our experienced DUI lawyers in Norfolk mount a strong defense for you so that you achieve the best possible outcome given your situation. To schedule a free consultation to learn more, call our Norfolk office or fill out the convenient form on this page.