Is the driver turning left always at fault in a car accident? 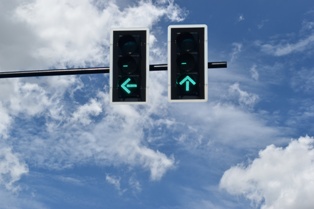 In some types of auto collisions, a certain driver involved in the crash will be presumed to be to blame in most cases. For example, in a rear-end collision, the motorist in the rear will usually be assumed to be at fault. The same is true for left turn car accidents where the person turning left is almost always found to be the negligent driver.

Why Is the Driver Turning Left Presumed to Be at Fault in a Car Accident?

Under traffic laws, a driver turning left only has the right-of-way at an intersection when turning on a green left-turn arrow. In all other cases, a person turning left at an intersection, stop sign, or onto a road must wait for oncoming traffic to pass or be certain that they are far enough away that he can safely turn left. In addition, he must allow pedestrians and bicycle riders to safely cross the street before turning. When he fails to do so, he will most likely be found to be the at-fault driver in a car accident.

Are There Exceptions When the Left Turn Driver Will Not Be Found Negligent?

In limited situations, the person making a left turn will not be assumed to be responsible for the accident. Here are circumstances when an exception may apply:

What Should You Do If You Are Injured in a Left Turn Car Accident?

If you are injured in a left turn auto collision caused by another driver, you need to retain an experienced car accident attorney as soon as possible. Even if the motorist is presumed to be at fault, his insurance company could still dispute his liability or the seriousness of your injuries in an effort to deny or reduce your claim for compensation. To learn more about your legal options and how our dedicated and skilled lawyers can help, call our office to schedule your free consultation today.