What are the consequences for refusing a breathalyzer test in Virginia? 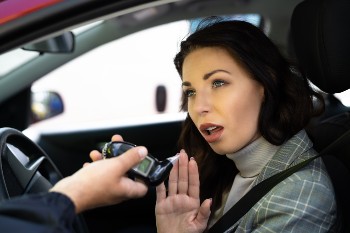 Are You Required to Take the Initial Breathalyzer Test in Virginia?

In Virginia, you are not required to take a PBT, and your refusal to take the test cannot be used to convict you of DUI. However, if you refuse the test, the police officer would look for other signs of intoxication that they could use to arrest you.

Can You Refuse to Take a Breathalyzer Test if You Are Arrested for DUI?

The police would use a breathalyzer or take a blood sample when they book you for DUI. Under Virginia Code §18.2-268.2, our state’s Implied Consent Law, you impliedly consent to submit to a breathalyzer or blood test if you are driving a vehicle and are charged with DUI. When you are arrested, the police officer must inform you of this requirement and the penalty you face if you refuse to take the test.

What Are the Penalties for Refusing a Breathalyzer Test?

The first violation of Virginia’s Implied Consent Law is a civil infraction. A second or subsequent offense would be a Class 1 misdemeanor offense. You could face these penalties:

Have you been charged with DUI or a violation of Virginia’s Implied Consent Law in Norfolk or Virginia Beach? Our experienced traffic ticket lawyers are here to mount an aggressive defense strategy to fight the charges you face. To learn more about how we can assist you, fill out our online form or call our Norfolk office at 877-960-3441 to schedule a free consultation today.