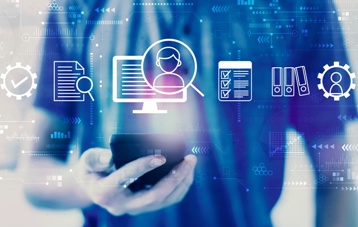 In order to receive the compensation that you deserve following a truck accident, you will need to prove that the trucker’s negligence caused you to suffer injuries. You do this through the use of evidence that establishes the cause of your crash and the seriousness of your injuries. The truck driver’s cell phone records may be useful in showing why your collision occurred.

Truck drivers drive long hours without a break and can become too fatigued to drive safely. Driving when drowsy impairs driving abilities in similar ways as drunk driving. To combat drowsy driving truck accidents, the Federal Motor Carrier Safety Administration (FMCSA) has established federal hours of service regulations that limit the number of hours a trucker can drive without a break. Truck drivers are required to maintain a logbook that documents when they are driving and taking breaks while on the road.

Unfortunately, many truckers violate these rules in order to deliver their shipments more quickly—often with the encouragement of the trucking company they work for. Drivers may not accurately complete their logbook in an effort to hide how long they were driving.

The cell phone records of the trucker can be compared to his logbook records and what he says he was doing. They may show that he was talking on his cell phone when he claims that he was sleeping. Another way these records can be helpful is to establish his location at various points during his trip. This could prove that it was impossible for him to travel as far as he did and take the rest breaks that he claims that he took.

Most truck drivers have cell phones, and they can be tempted to use them to break up the monotony and boredom of driving for long hours. While talking on a cell phone hands-free is permitted, it is still dangerous and can take a driver’s mind off his driving. Texting while driving a truck is illegal and even more deadly. Other dangerous uses of a cell phone include:

The trucker’s cell phone and text data records can be used to establish that the trucker was talking on his cell phone or texting in the moments leading up to the time of a crash.

You need to retain an experienced truck accident attorney as soon as possible after your crash. He can send the trucking company a spoliation letter advising them of your claim and not to destroy the truck driver’s cell phone records and other evidence that may help you prove your case. If they refuse to comply, he can file a lawsuit for you and obtain a court order requiring them to provide you with these records. He may also be able to subpoena this crucial evidence from the cell phone carrier.

If you or a family member was involved in a truck accident, contact the knowledgeable truck accident legal team at Tavss Fletcher to learn about your options and how we will fight for the compensation you deserve for your injuries. Call our Norfolk office to schedule your free, no-obligation consultation today.