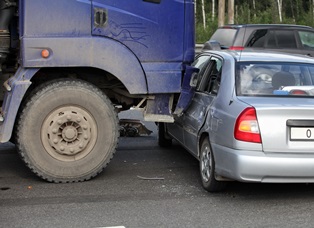 If you suspect that the truck driver who caused your accident was drowsy or fell asleep at the wheel, your suspicions could be right. Truckers are under pressure from trucking companies to deliver loads as fast as possible and to drive as long as possible. The trucker may have not only been too tired to drive safely but could have also violated Federal Motor Carrier Safety Administration (FMCSA) hours of service regulations regarding how long he could drive without a break. If you can prove this, you may be entitled to compensation for your injuries from the negligent trucker and trucking company.

What Are the FMCSA Hours of Service Regulations

The hours of service regulations were developed by FMCSA to combat the dangers of fatigued truck drivers causing crashes. Under these rules, a truck driver is only allowed to drive 11 hours during a 14-hour workday. He must also be off work for 10 consecutive hours before starting his shift and is not allowed to drive more than 60 hours in seven days or 70 hours in eight days.

An experienced truck accident attorney can help collect documentation and other proof that can prove hours of service violations. Some of the documents that could be helpful include:

These are just some of the documents that could be helpful to provide hours of service violations. If you were injured in an accident caused by a trucker, call our office today to schedule a free consultation to learn about your rights to compensation for your injuries.