Know Why Head-On Collisions Occur and Their Deadly Consequences

A head-on crash occurs when the front ends of two cars collide—either bumper to bumper or at a slight angle. More people are killed in head-on collisions due to the combined force of the two moving vehicles, and injuries and fatalities that result from this type of crash may be greater if one of the vehicles is a truck, bus, or 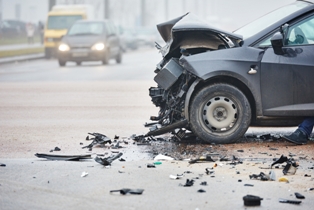 an SUV. If you’ve been injured in this type of crash or lost a loved one, you may want to hire an experienced lawyer to help you file for compensation.

Very often, a head-on crash occurs when the at-fault driver sacrifices safety and ignores the law, resulting in poor driving decisions. A few of the most common causes are:

The Aftermath of a Head-On Crash

Because so many head-on collisions happen at high speeds, the injuries and damages are often serious. After these types of crashes, you or a loved one might experience:

If you face surgery or prolonged medical treatment because of a head-on collision, or if a crash claimed the life of a loved one, contact the skilled lawyers at Tavss Fletcher to start a discussion about your specific situation. We’ll help you determine if you’re eligible for compensation.