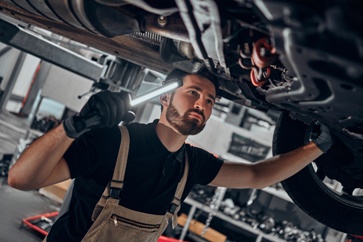 While the majority of car accidents are caused by a negligent driver, this is not always true. Some collisions happen at least in part due to mechanical problems of one of the vehicles.

If you were injured in an auto crash that is not your fault, you will need to prove why it happened and who was at fault in causing your injuries to receive the compensation you deserve. You should not overlook these leading mechanical problems that may have caused or contributed to your wreck.

If a driver’s brakes are faulty, they may not be able to slow down or stop quickly enough to avoid causing a rear-end collision or other type of accident. Common reasons for brake failures include:

One of the most common mechanical failures associated with car accidents is faulty tires. Two leading types of problems are:

If a vehicle’s steering or suspension system fails, even a driver who is trying to be careful could lose control of their vehicle and cause a crash. This type of mechanical problem can be harder to identify because it is not as immediately apparent as faulty brakes or tires.

When an auto’s headlights or taillights are broken, it can be more difficult for a motorist to see nearby vehicles or be seen by other drivers—increasing the likelihood of a car collision. Faulty lights can be especially dangerous at night or in bad weather, such as snow, fog, or heavy rain.

Windshield wipers wear out over time and must be replaced as part of the basic maintenance of an automobile. If the driver who struck your car had faulty windshield wipers, it could have made it impossible to see your vehicle before it was too late to avoid causing a collision.

Do you suspect that the mechanical problems of the other vehicle contributed to your car accident? Our skilled car accident lawyers can collect the evidence you need to prove that faulty mechanical parts and the other driver’s negligence caused your crash. To learn more about how we will fight for your right to compensation for your injuries, call our Norfolk office to schedule your free consultation today.