Who Is to Blame When a Driver Crashes Into a Stationary Object? 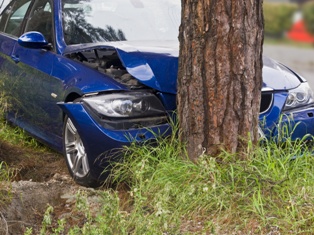 Not all car accidents involve two motor vehicles. Many auto crashes involve only one vehicle hitting a fixed object. Trees, utility poles, and traffic barriers are common objects that are struck in these collisions and can result in victims suffering life-altering injuries or death. According to the Insurance Institute for Highway Safety, approximately 20 percent of motor vehicle fatalities are caused by crashes with stationary objects.

Who Is Liable in a Single-Vehicle Crash With an Object?

Driver negligence is frequently the cause of single-vehicle crashes. Some of the reasons that drivers crash into trees and other objects include:

If the driver’s negligence was the cause of his wreck, he would have no other party to hold responsible for compensating him other than himself. However, in other cases, another party may be at fault, such as the following:

Did you suffer injuries in a collision with a fixed object? You need the assistance of an experienced car accident attorney to identify the liable parties and fight for the compensation that you deserve. Fill out our online form to schedule your free consultation with a member of our car accident team.