Can a passenger sue both drivers in a car accident case? 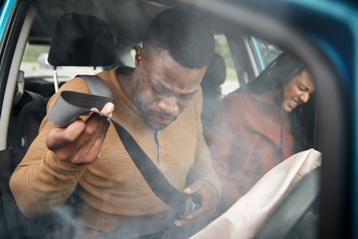 If you were a passenger in an auto collision, you are entitled to be fully compensated for your injuries under Virginia law. You should pursue claims against any driver that was negligent in causing the crash. Depending on how the wreck happened, you may need to file a claim with the insurance companies for the driver of the vehicle you were in and another motorist involved in the accident.

Why it Is Important to Sue Both Drivers

In Virginia, a driver is only responsible for compensating injured passengers if they were negligent in causing the collision. In some car accidents, only one motorist is responsible for causing it, but this is not always the case.

In addition, drivers are only liable up to their percentage of fault in causing the crash. For example, if the driver of your vehicle were 50 percent to blame, they would only have to pay half of the total compensation you should receive.

You protect your rights by pursuing claims against both drivers if there is any possibility that their actions caused the collision. Here is why this is so important:

Why You Need an Auto Accident Attorney

If you were a passenger in a car accident, you have a strong case for compensation since it would be extremely unlikely that you would have been at all at fault in causing it. However, it can be complicated to determine the cause of the crash and who was the negligent party. You need the help of an experienced car accident lawyer who will aggressively fight for your rights. To learn how we can assist you, call our Norfolk office to schedule your free, no-obligation consultation today.