If you were injured in a car accident in Virginia, you should always contact the police at the crash scene and obtain a copy of the police report. It will 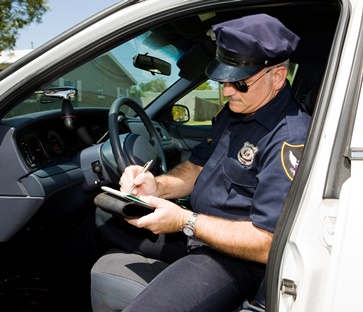 contain helpful information that can help you prove your right to compensation for your injuries, such as the date and time of the collision, how it occurred, and the officer’s conclusion as to who was at fault.

The police report will also state whether any traffic tickets were issued. This could have a critical role in your claim for compensation with the negligent driver’s insurance company.

Can a Traffic Citation Be Used to Prove Fault in a Car Accident?

In order to obtain compensation for your injuries, you would have to prove the other motorist’s negligence caused your auto crash. A traffic citation can be one type of evidence that can help you do this. However, it is not automatic proof that wins your case for you.

In Virginia, the traffic citation may only be admissible as evidence of fault in a civil lawsuit if the negligent driver pled guilty to the traffic violation. Prepaying the ticket is considered a guilty plea. However, if the other driver prepaid the ticket, they would have the right to explain why they chose to do this in your civil lawsuit.

Admissions in a Traffic Court Hearing

If the negligent driver pled not guilty to committing a traffic offense, the judge would schedule a trial. You could be subpoenaed to testify. It is important to be careful what you say. Any statements you make would be considered admissions that the other motorist could use against you in a civil lawsuit. Similarly, any statements made in court could be used by you to prove their negligence in your civil case.

What Happens If You Also Received a Traffic Citation?

If you also received a traffic ticket, it could have a negative impact on your claim. Under Virginia’s harsh contributory negligence law, you would be barred from receiving any damages if you were at all at fault in causing the collision—even just one percent.

It is important to keep in mind that a traffic citation is only one type of evidence that establishes the cause of a crash. The fact that you got a ticket may have had no bearing on why your accident occurred.

Were you injured in an auto collision in Norfolk or Virginia? Call our office to schedule a free consultation with our experienced car accident attorneys to learn how we can help you prove your case and obtain all the compensation you deserve for your injuries.