A study conducted by the Patient Safety Network (PSN) estimated that error occurs in 1 out of every 112,000 surgical procedures. Any surgery is a serious, difficult event for both patient and doctor. Since certain surgery errors can come with catastrophic consequences, these are labeled “never events”—mistakes that should never happen. The most common of these are performing at the wrong site, performing the wrong procedure, and performing on the wrong patient, and their aftermath could include brain damage, paralysis, or death.

What Is a Surgical Error? 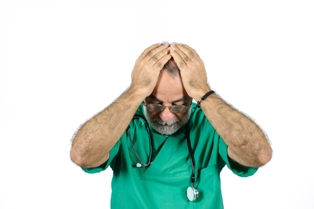 A surgical error occurs when a doctor or other surgical professional makes a preventable mistake, injuring or killing a patient during surgery. Though risk applies to any surgery and patients are informed of these and understand them before agreeing to surgery, surgical errors fall outside the scope of known risks. The most common surgical errors are:

Medical professionals must uphold a certain standard of care when working with patients, including before, during, and after surgery. If an error occurs, a patient could be left with brain damage, need for further surgery, prolonged infections, and even death. A doctor or other member of the surgical staff might make a mistake during surgery due to:

You Deserve Compensation for Your Surgical Error Injury

If you’ve been injured by your doctor because of a surgical mistake, you need an experienced attorney. Together, you can build a case against the doctor, gathering evidence to show the doctor breached the standard of care, causing an injury. Call 877.960.3441 to speak with the skilled team at Tavss Fletcher today.