Teenagers often make errors of judgment and can engage in reckless behaviors. However, if your teen is charged with a crime, their mistake could result in them having a permanent 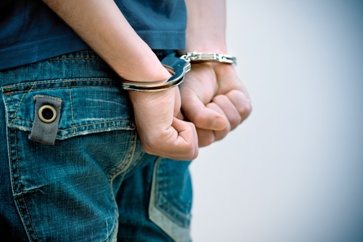 criminal record and difficulty graduating from high school, being accepted in college, getting a job, and much more. You can help them avoid these long-term consequences by hiring an experienced criminal defense lawyer to mount an aggressive defense to the charges they face.

Children can be arrested for the same crimes as adults. However, common offenses that children are charged with that we can defend against include:

How Juvenile Offenses Are Handled in Virginia

If a teen is under 18 years old and charged with a misdemeanor or felony offense, their criminal case will be handled differently than if they were prosecuted as an adult. Their case will be decided in the Juvenile and Domestic Relations Court (J&DR). The primary focus will be rehabilitation rather than punishing them. However, if the crime is a serious felony offense, they can be tried as an adult and face harsh penalties.

After a juvenile is arrested, they are assigned an intake officer who will take formal or informal actions and file a petition. If they decide on informal actions, this can include counseling, referral to a crisis center, or other actions that divert the juvenile from the criminal justice system.

When the intake officer decides on formal actions, they must decide whether the minor should be placed in a detention center or released to their parents. If the child is detained, a detention hearing is usually heard within 72 hours.

If a teen is found guilty of committing a crime, the punishment will depend on the seriousness of the offense. A teen could be sentenced to:

Is your teen facing criminal charges in Norfolk or Virginia Beach? Call our office to schedule a free consultation to learn how we can help mount a strong defense to the charges they face to achieve the best possible outcome.