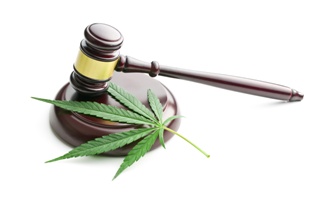 While many states are making medical marijuana, and in some cases recreational marijuana, legal—possession of even a small amount of this drug is a serious offense in Virginia. If convicted, you could face harsh penalties, which include a permanent criminal record. Because of this, you cannot afford to just plead guilty or try to negotiate your own plea agreement. You need the assistance of an experienced criminal defense attorney to help you fight the charges that you face.

What Are Common Marijuana Offenses That You Could Be Charged With Committing in Virginia?

Even a first-time conviction for possession of a minor amount of marijuana would be a misdemeanor offense that is punishable by jail time and fines. In addition, your driver’s license would be automatically suspended for six months for any conviction. Here are the common charges that you could face:

Have you been charged with a marijuana drug offense? Our experienced criminal defense attorneys are here to help you build a strong defense to the charges you face so that they are dismissed or reduced to a less serious offense. To get started, fill out our online form to schedule your free initial consultation.