How Does Bail Work in Virginia? 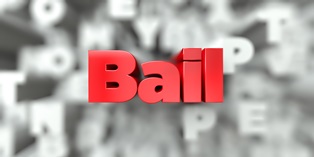 If you have been charged with a crime, the police will take you to the police station to be booked. One of your biggest initial concerns is getting out of jail as soon as possible. In Virginia, in most cases, there is a statutory presumption that a person accused of a crime should be released from jail pending his trial unless certain exceptions apply. For example, bail is not generally allowed when a person is charged with murder, rape, kidnapping, and certain drug crimes. That means that there is a good chance that a bond will be set in your case, and you may be released from jail relatively soon after being arrested.

Three Types of Bail in Virginia

While some people may think that bail and bond mean the same thing, they do not in Virginia. Bail is the pre-trial release of an accused person upon certain terms and conditions set by a judge or magistrate. Bond is the actual posting of or promise to pay a certain amount of money determined by a judge or magistrate to ensure that the person complies with the terms of his bail.

Once a person is booked and locked up in jail, he will have a hearing to determine whether bail should be granted that is usually heard in front of a magistrate. The magistrate will review the charges against the person, his criminal record, family and community ties to the community, and history of attending court hearings. There are three types of bonds that could be set in Virginia:

If you have been arrested and are in jail, you need to retain an experienced criminal defense attorney as soon as possible to help you get a low bond set and to start building your defense. Call our office today to schedule your free consultation.