How Double Jeopardy Can Help You If You Face Criminal Charges 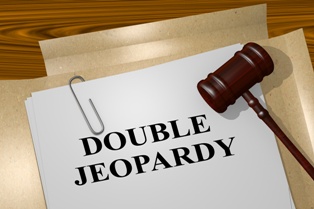 When you are a suspect in a criminal investigation or charged with committing a crime, you have important protections under the United States Constitution. One right that you have under the Fifth Amendment is the protection against double jeopardy. This protects you from being charged for the same offense in the same jurisdiction twice. It can protect you in the following ways:

What Double Jeopardy Can—and Can’t—Do for You

Like other constitutional protections, your rights under the double jeopardy clause is complicated and subject to many court case decisions. This right only applies at a certain stage in your criminal case. In a jury trial, your rights begin once the jury is sworn in. If your trial is in front of a judge, your protections begin when the first witness is sworn in and begins to testify. Here are some key points on how double jeopardy can and cannot protect you:

While your double jeopardy protections are not unlimited, they do give you protection from being prosecuted again for the same offense in some situations. However, an experienced criminal defense attorney can help ensure that you receive the constitutional protections that you have. To learn how we can help, call our office to schedule your free consultation today.