Your Right Against Self-Incrimination: Understand Your Rights to Protect Yourself When Facing Criminal Charges 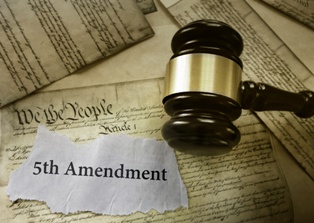 Whether you are innocent or guilty of the crime that you are accused of committing, you have important constitutional protections throughout your criminal proceedings. In some cases, violation of your constitutional rights could lead to the dismissal of the charges against you or the suppression of evidence crucial to the prosecutor’s case against you. You may already think you know about your Fifth Amendment right not to incriminate yourself. However, your rights may be more complicated than what you have learned from television and movie dramas.

What Rights Do You Have to Not Incriminate Yourself?

Your Fifth Amendment right against self-incrimination is an important right that protects against being forced to testify against yourself or to say something incriminating against yourself when you are charged with committing a crime, are a party to a civil lawsuit, or are a witness. People exercising this right often say that they are “pleading the fifth.” You have this right in the following proceedings:

The Fifth Amendment gives a defendant—the person charged with a crime—in a criminal case the right not to testify in that proceeding. However, he cannot choose to testify and answer only some questions. If he chooses to testify, he waives his right against self-incrimination.

A witness is only allowed to invoke the Fifth Amendment and refuse to testify if he reasonably believes that his statements could be used in a criminal prosecution or could lead to evidence that would be used to prosecute him. Unlike the defendant, a witness can be forced to testify if he is served with a subpoena. However, witnesses can choose to answer some questions, but not others.

What Happens If You Invoke Your Right to Self-Incrimination?

The consequences of invoking your Fifth Amendment rights will depend on whether you are asserting it as a defendant in a criminal or civil case. These rules apply:

If you are considering asserting your right against self-incrimination in a civil or criminal proceeding either as a defendant or a witness, you need the advice of an experienced criminal defense attorney. To schedule your free consultation, call our office today.