Are truck drivers required to take drug tests after a truck accident? 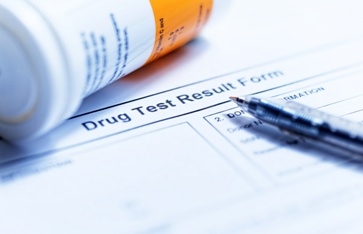 Truck accidents can be much deadlier when the truck driver is intoxicated due to illegal drug use. If you suspect that your truck crash was caused by a drugged trucker, you would need to prove that this is why your collision occurred in order to be entitled to compensation for your injuries. Here is what you need to know about when truck drivers are required to take a drug test after a crash.

When Must a Truck Driver Must Take a Drug Test After a Truck Collision?

Trucking companies and truck drivers must follow regulations implemented by the Federal Motor Carrier Safety Administration (FMCSA) designed to promote truck safety and prevent accidents. The FMCSA has detailed rules on when drug tests administered by the trucking company are required after a crash. A trucker must take a test in the following situations:

When a police officer at the scene suspected that the trucker was intoxicated due to drug or alcohol use, they could administer field sobriety, breathalyzer, and other tests. If the trucker failed these tests, the police could detain them and require them to take a drug test at the police station.

When Else Is a Truck Driver Required to Undergo Drug Testing?

The FMCA also mandates other times when an employer must require a trucker to take a drug test. They include:

If you were injured in a truck accident, our experienced truck accident lawyers in Norfolk can help you determine whether drug use or other negligent actions of the trucker and trucking company caused your crash. We will fight hard so that you receive all the compensation you deserve for your injuries. To learn more about how we can help, fill out our convenient online form to schedule a free case evaluation.