Placing Liability in a Truck Crash Is Complicated 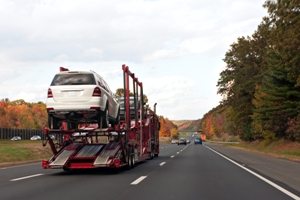 Many individuals employed by many companies put work into getting a semi-truck on the road. All along this chain of entities, even a small mistake or oversight could lead to an accident—of which there were 411,000 in 2014, according to the Federal Motor Carrier Safety Administration (FMCSA). After a crash with a large truck, evidence is key in determining liability and earning fair compensation for injuries and damages.

Who Could Be Liable?

The trucking industry is comprised of many types of businesses, working together to get properly loaded, on-time, safely operated vehicles on the road. However, people make mistakes, and even one of these mistakes could cause an accident. After a crash with a large truck, it’s possible the following entities could have had a hand in its cause:

Evidence May Hold the Key

After you’re in a crash with an 18-wheeler, it’s important you protect your potential claim as soon as possible at the scene—by collecting visual and text evidence, calling police, and speaking with witnesses. However, when you call your attorney, he will be able to obtain other types of evidence that will help place liability, including:

Put Your Case in an Attorney’s Hands

If you’ve recently been in an accident with a large truck, it’s important you seek experienced legal counsel. Determining liability can be complex, but the team at Tavss Fletcher can review your case and help you maximize your potential recovery. To speak with us, fill out the online contact form on our website.