Do You Have a Medical Malpractice Claim for Your Baby’s Klumpke’s Palsy? 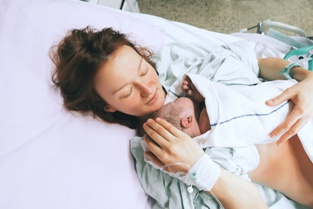 The birth of a baby is supposed to be a happy event for his parents. However, it can be anything but that if a doctor’s malpractice causes the baby suffer disabilities for the rest of his life. One condition that is often the result of medical malpractice during delivery is Klumpke’s Palsy. If your baby was born with this condition, you may have a medical malpractice claim against your doctor and be entitled to compensation for your baby’s injuries.

Klumpke’s palsy—also known as Klumpke’s paralysis—is a medical condition where the nerves that control the baby’s forearm and hand are damaged during delivery. The injured nerves are part of the brachial plexus, which are nerves centered in the back of the neck and spine that control the arms. It can happen during a vaginal delivery when the baby’s shoulders become wedged underneath the mother’s pubic bone. If this happens, the baby’s head has often already emerged. As the mother’s contractions intensify, this can put pressure on the baby’s head, neck, and body and can cut off his oxygen supply—sometimes life-threatening for the baby.

If the damage is severe, the baby can have what is called a “claw hand,” where his forearm remains flat and his wrist and fingers are tightened. Other symptoms of Klumpke’s palsy include:

When Is Medical Malpractice the Cause of Klumpke’s Palsy?

If the baby’s shoulders become trapped under the mother’s pubic bone, this is a medical emergency requiring the doctor to take immediate actions to avoid the danger to the baby. Ways a doctor could commit malpractice include:

Do you believe that your doctor’s malpractice caused your baby’s Klumpke’s palsy? If so, you need to pursue compensation on his behalf. Call our office today to schedule your free, no-obligation consultation.