Ignition Interlock Requirements Can Be Frustrating and Expensive 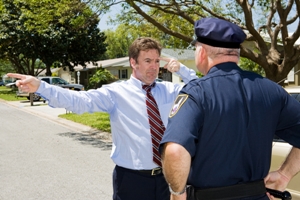 If you’ve been arrested on a charge DUI in Virginia, you may be facing fines, fees, jail time—and having an ignition interlock device installed in your vehicle. Even if this is your first offense, Virginia law will require you to have one of these devices in your car if you’re convicted. So it’s important you understand what this device is, what Virginia law requires, and how an attorney may be able to help.

In 2012, Virginia revised its DUI laws related to ignition interlock devices. Previously, only repeat DUI offenders and those whose blood-alcohol concentration (BAC) was 0.15% or higher were required to have an interlock device installed in their vehicles. Now, even first-time DUI offenders who apply for a restricted license to get to work or school are subject to the same penalty. Virginia requirements include:

It’s also important to mention that—in addition to punitive fines and court fees—the initial installation of the interlock device can cost around $65, and each monthly maintenance visit may cost approximately $85.

If you’ve been arrested and charged with DUI, you must contact an experienced attorney as soon as possible. The team at Tavss Fletcher can review the details of your case and may be able to help you avoid or reduce penalties. To speak with our firm, start a live chat on our website today.