Common Firearm Charges You Could Face in Virginia 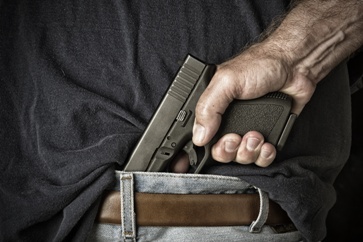 Gun offenses are serious crimes in Virginia and are often charged as felonies. If you are convicted of some firearm offenses, you may face a mandatory prison sentence. However, you may be able to avoid these harsh consequences if you retain an experienced criminal defense attorney immediately after your arrest.

There are over 30 crimes associated with possessing or using a firearm in Virginia. If a gun is used while committing another crime, such as rape, burglary, or murder, a person can be charged with two separate offenses. Here are some common gun offenses and the penalties upon conviction.

One of the most common firearm charges is carrying a concealed weapon, such as an assault firearm, handgun, or knife, without a permit. If convicted, a person could be sentenced as follows:

It is a crime to discharge a firearm in a public place, such as a street, business, or gathering. If no one was injured, this crime is charged as a Class 1 misdemeanor with similar penalties to a first offense concealed weapon crime. If someone was hurt, the charge is a Class 6 felony. The penalty can be up to five years in prison and a fine not to exceed $2,500.

Possession of a Firearm by a Felon

It is illegal for an individual convicted of a felony to possess a firearm. Violation of this law can result in being charged with a Class 6 felony punishable by up to five years in prison and a fine of up to $2,500.

Were you charged with one of these or another gun offense in Virginia Beach or Norfolk? Call our Norfolk office to schedule a free consultation to learn how our knowledgeable criminal defense legal team can mount a strong defense for you.