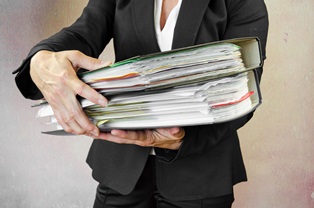 Discovery in a criminal case in Virginia is the process of the prosecutor providing the person accused of a crime or his attorney with certain evidence that he plans to use. Discovery can be reciprocal, which means that the defendant may also have to provide evidence to the prosecutor. While prosecutors are required to liberally disclose its evidence to the accused person in some states, Virginia’s rules are more restrictive. However, you do have a constitutional right to obtain exculpatory evidence against you.

What Exculpatory Evidence Are You Entitled to If You Are Charged With a Crime?

In a famous U.S. Supreme Court Case, Brady vs. Maryland, the court ruled that defendants have a constitutional right to receive exculpatory evidence in the prosecutor’s possession or control. This is known as Brady material. Exculpatory evidence can be one of the following:

What Are the Consequences of Failing to Provide Exculpatory Evidence?

There are a variety of sanctions that could be imposed if the prosecutor fails to provide you with the exculpatory evidence you are entitled to under the constitution. The precise penalty will be determined by the judge and will depend in part where your case is in the criminal process when the violation is discovered. Possible consequences include:

If you have been charged with a crime, you need the help of an experienced criminal defense attorney who understands the importance of conducting a thorough investigation in your case as well as obtaining and reviewing discovery materials from the prosecution. To learn how our criminal defense team can help you fight the criminal charges you face, call our office to schedule a free consultation.