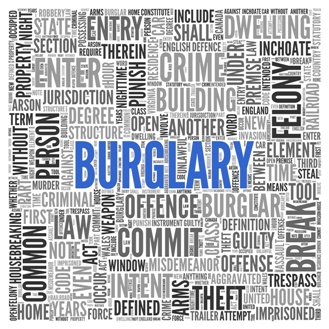 In Virginia, burglary can be charged as a common law or statutory burglary crime. These offenses are always a felony, which comes with much more severe punishments than a misdemeanor. If you are convicted, you could be sentenced to a lengthy prison sentence and a large fine and could face the long-term consequences of having a permanent criminal record.

What Is Common Law Burglary?

Under Virginia Code §18.2-89, very specific requirements must be met for a person to be charged with common law burglary. They include:

A person would be charged with a Class 3 felony unless they were armed with a deadly weapon. If they possessed a deadly weapon, the charges would be elevated to a Class 2 felony. If convicted, they could face these punishments:

Breaking and Entering With Intent to Commit Murder, Rape, Robbery, or Arson

Under Virginia Code §18.2-90, breaking and entering with the intent to commit murder, rape, robbery, or arson is a Class 3 felony unless a deadly weapon is used, in which case it would be a Class 2 felony. The punishments would be the same as for common law burglary.

Breaking and Entering With Intent to Commit Larceny, Assault and Battery, or Another Felony

Virginia Code §18.2-91 makes it a burglary offense to break and enter into a dwelling house to commit a larceny, assault and battery, or another felony other than murder, rape, robbery, or arson. The punishment is 1 to 20 years in prison. However, the judge or jury deciding the case has the discretion to sentence the defendant to up to 12 months in jail and/or a maximum fine of $2,500. The crime would be elevated to a Class 2 felony if a deadly weapon was used while committing the crime.

Breaking and Entering With Intent to Commit a Misdemeanor

It is a Class 6 felony to break and enter into a dwelling house that is occupied during the day or night with the intent to commit a misdemeanor other than assault and battery or trespass under Virginia Code §18.2-92. If convicted, an individual could be sentenced to one to five years in prison or a jail sentence of up to 12 months and/or a fine not to exceed $2,500. Like other burglary offenses, the crime becomes a Class 2 felony if a deadly weapon is used.

Were you charged with a burglary crime in Virginia Beach or Norfolk? Our knowledgeable and dedicated criminal defense lawyers can mount a strong defense strategy for you to fight the charges you face. To learn more about how we can defend you, call our Norfolk office to schedule your free consultation today.