An Attorney Can Defend You Against Assault Charges 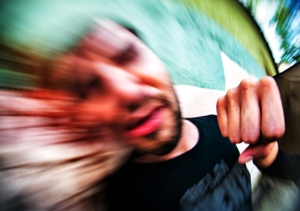 In Virginia, an assault charge and resulting conviction will give an offender a class-one misdemeanor on his criminal record. However, other factors—including whether or not the offender became physical or had malicious intentions—could graduate simple assault to assault and battery, a hate crime, or even a felony. However, it’s important you know that these charges are defensible with the help of an experienced attorney.

A person may be charged with assault if the alleged victim, or plaintiff, believes that the other person, the defendant, can or will inflict harm. The plaintiff may believe that he is being assaulted if verbal threats—direct or implied—are made. Assault may graduate into assault and battery if the defender followed through on those threats with physical actions. However, an experienced lawyer who has intimate knowledge of Virginia law may be able to use the following defenses to help you avoid these charges:

You should also know that an alleged victim does not have to follow through on pressing charges for the charges to stick. Police often make an arrest when called on an assault incident, and those charges can continue without prompting from a potential plaintiff. For this reason, retaining the representation of an attorney is critical.

Don’t Hesitate to Call a Lawyer

If you’ve been charged with assault and are worried about what penalties, convictions, and fines may come later, you need the help of a trusted defense attorney. The team at Tavss Fletcher can look at the details of your case, help you understand your options, and build a solid defense. To begin a conversation with our firm, call our toll-free phone number today.