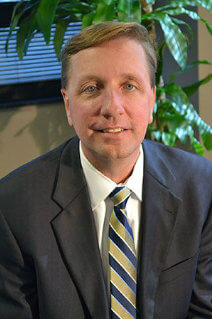 Robert E. Moreland attended the University of North Carolina at Chapel Hill, and graduated with a Bachelor of Arts in political science in 1986, and a Juris Doctor degree in 1989.  He joined Tavss Fletcher in 2012.

Since becoming licensed in 1989, Mr. Moreland has lectured extensively to physicians, nurses, lawyers, and administrators in Virginia regarding issues of medical and nursing malpractice. He concentrates exclusively on matters involving traumatic injury and death, and has earned a reputation among his peers as a skilled and successful trial lawyer.  His training and work, particularly in the medical malpractice arena, has allowed him to understand the medical issues at hand in each case, and to make them understandable to his clients and, more importantly, to civil juries throughout the state.