What Virginia Law Says About Dividing Bank Accounts in a Divorce 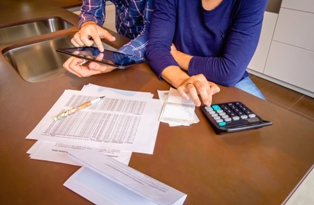 Whether or not you and your spouse kept separate bank accounts while you were married, divorce means complicated financial divisions. Since Virginia is a state that operates under equitable distribution laws, your bank accounts, those belonging to your spouse, and those you own jointly may all be subject to division by the court.

Which Accounts Are Subject to Division?

Before you file for divorce, it’s smart to take inventory of every account you know of. When the divorce process starts, and the court’s valuation of your shared and separate assets begins, you want to know as much as possible up front. So, here is a list of account types that may be eligible for division:

Whether or not those accounts will be subject to division by a Virginia divorce court depends on their categorization under equitable distribution. An important distinction to make about equitable distribution: a judge considers many factors to determine what is a fair division, which does not always mean the division is equal. However, one spouse will not be awarded more than 50% of the other spouse’s assets, according to the Virginia State Bar (VSB). But, before a court decides how to divide, it must first decide what to divide. Separate property is not eligible since it belongs to a single spouse, but the following are.

After a judge organizes assets and accounts into either marital or separate, he will consider other factors to determine how to equitably divide the accounts, taking into account:

When You Can’t Go It Alone

Trying to understand equitable distribution law while going through a divorce can be difficult, and it’s important to have a lawyer review all divorce documents before you sign. If you have questions about what to expect with division of your accounts, the team at Tavss Fletcher can help you. To speak with us, fill out the contact form on our website.